I wanted to wait until I finished the game before leaving a review. I backed this game on Kickstarter and I was really hyped for its release so I didn’t want the hype to cloud my judgement. I’m glad to say that even by taking my time, and spreading this game over a few weeks, the game has lived up to my expectations.

We live in an awesome time where indie RPGs are abundant. Unfortunately the barriers to entry are very low with the use of frameworks like RPG Maker. This often leads to games with low effort, poor balance, and unrefined stories. What makes Shadows of Adam stand out is that everything was done from scratch and done very well; from the graphics, game engine, music, and story.

I think the game’s best feature is its battle system. There are no random battles here! The developers made sure this wouldn’t make the game too easy by placing choke points with a guard the needs to be taken out. Monsters don’t respawn while you’re in a dungeon until you leave to the overworld. This makes for intense dungeon explorations because you might find yourself through the majority of the puzzles only to find yourself rationing your items in fear of having to go back to town to restock.

Finding yourself thin on items can force you to come up with different battle strategies to try and conserve your precious AP. You might try and cheese an encounter by finishing off all but one weak enemy and letting it live while you refill your AP through your meditation skill.

Also, there’s no such nonsense such as out-of-date abilities. Lightning, the first spell you use, is as relevant at the end of the game as it was at the beginning. This is very much a modern RPG, it tries to remove the annoying bits without trying to reinvent the whole formula.

During my playthrough I did run into a few bugs. Some were trivial but immersion breaking (loading in the wrong spot when entering a town), some forced me to reload the game (getting stuck behind a one way staircase), and certain puzzle pieces being able to be pushed over water (not game breaking but it made the puzzles a bit more confusing).

None of these ruined the experience but they were there. Fortunately the devs are extremely active on the discussion board and take bug reports very seriously. The bugs mentioned above have all been patched.

There’s nothing uglier than being ready for a boss fight only to have him instakill two of your party members with an opening attack. This forced me to throw my strategy out the window and improvise. What’s worse is that I later found out that the instakill ability had been patched out of the game in favour of a more fair (but still tough) strategy. Dang you Something Classic! 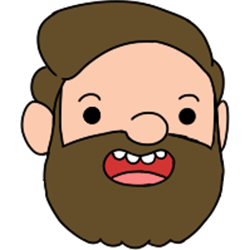